Housing boom may be halted by regulators or economic trends, analysts warn

Some analysts are warning that Australia’s multi-decade property boom may be about to end, but most agree that will not happen this year with double-digit house price growth widely expected in 2021.

Despite concerns about the pace of property price growth in Australia, regulators may not step in this year, analysts have warned.

Without regulatory intervention, most agree property prices will keep rising through 2021, probably by 10 per cent or more.

But looking further ahead, one leading analyst suggests Australia’s multi-decade housing upswing could be nearing its end and that prices could ease through the decade once this short-term price surge has ended.

However, he said much depends on the future level of immigration, the persistence of the working-from-home phenomenon and the level of interest rates in coming years.

“The longer-term bull market, that has seen above trend growth in property prices since the mid-1990s, may be close to an end,” Dr Shane Oliver from AMP Capital said.

Prices to keep surging in the short-term

The economics teams of Australia’s major banks have been monitoring property markets around the country.

ANZ economist Daniel Gradwell said Melbourne’s housing prices had finally recovered their declines from last year and the pace of price growth was slowly catching up with other cities.

He says the strength of the recovery in national employment, which has been far faster than what occurred after previous downturns, has been a major support for property prices around the country.

Speaking at an event hosted by the Urban Development Institute of Australia (UDIA) this week, Mr Gradwell said ANZ’s job advertisements were sitting at a 12-year high and job creation was running strongly, which suggested any job losses from the JobKeeper program finishing would only cause a “temporary blip” in the unemployment data.

“We have a decent level of confidence that we’ll keep on creating jobs at a decent pace,” he said.

He said with historically-low interest rates, strong employment growth and high consumer confidence, the response to the government’s HomeBuilder program had been “nothing short of incredible.”

However, Mr Gradwell said there was a chance regulators would have to step in at some stage, as has happened in New Zealand recently.

“As much as there are some benefits to rising prices at the moment, in terms of the wealth effect and the impact that has on peoples’ spending patterns, I think it’s also worth keeping in mind where some of the downside risks might play out over the next 12 or 18 months.”

Regulators unlikely to step in this year

Kristina Clifton, a senior economist with Commonwealth Bank, wrote a note to clients this week on the same topic.

She said strongly rising dwelling prices had raised the prospect of regulators stepping in to curb lending activity at some stage, but she didn’t think it would happen this year.

She said the Reserve Bank and the Australian Prudential Regulation Authority (APRA) were prioritising financial stability and lending standards, rather than house prices.RBA and government at oddsWith the federal government adamant stimulus needs to be wound back, the Reserve Bank will need to become a lot more creative if it wants to engineer a sustained recovery, writes Ian Verrender.Read more

That meant they were focusing on key metrics such as the share of investor lending, interest-only lending and high loan-to-valuation ratios, she said.

And none of those metrics were a concern at the moment.

“Based on the current trends in these metrics, it’s our view that we are unlikely to see any macroprudential policies put into place in 2021,” Ms Clifton wrote.

“In fact, proposed changes to responsible lending rules may mean that lending becomes a little less restrictive in the near term.”

Last month, APRA’s chair Wayne Byres said the growth in property prices and mortgage debt in recent months was no cause for “immediate alarm.”

What about the longer term?

However, economist Shane Oliver from AMP Capital has taken a much broader look at Australia’s property prices.

He says real property price growth has averaged around 3 per cent a year in Australia over the last hundred years and there have been three major long-term booms (highlighted by the green arrows in the image below) and two major long-term busts or weak periods in that time.

He said the third (and current) long-term boom began in the mid-1990s and it had taken real property prices from well below trend to well above trend.

He said that cyclical upswing would likely continue into next year, with his own forecasts showing price growth of another 15 per cent by the end of next year.

However, he said some of the structural factors that had driven the long-term decline in interest rates since the early 1980s, which had supported property prices for so long, could be coming to an end.

“Some of the structural forces that drove inflation lower over the last 40 years, like globalisation and deregulation, look to have run their course,” he wrote in a note to clients on Wednesday.

“If inflation is bottoming, then so will interest rates and the super cycle of each new economic slowdown leading to even lower mortgage rates and ever-higher debt levels driving ever-higher house prices relative to wages will come to an end.”

“If population growth remains as weak as the government is projecting over the next two years, and construction stays up, we will move into a clear oversupply,” he said.

He said the property market could continue to surprise, for example if there was one last low in interest rates (with the RBA adopting negative interest rates), and if population bounced back faster than expected once borders reopened.

“That said, there are good reasons to expect that the forces that have driven average Australian capital city property prices well above trend and well above price-to-income ratios seen in comparable countries over the last two decades may be at, or close to, having finally run their course,” Mr Oliver wrote.

This stylish townhouse is positioned right in the heart of… 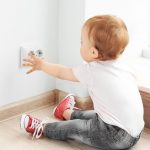 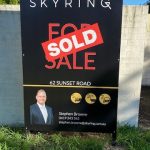 Compare
You can only compare 4 properties, any new property added will replace the first one from the comparison.
Sold by Stephen